From Pennsic, Onward (the year so far, part 3)

This year I dithered about attending Pennsic, but I ended up going for the second week of Pennsic 48. It was the 15th anniversary of my first Pennsic (2004), but only my 12th Pennsic because I've missed a few. It was a tight squeeze to get a week of War fitted in among my freelance writing assignments, but I'm starting to realize that I won't live forever, so I might as well go to Pennsic while I am still "young" and healthy enough to walk around and do things.

This year I did not take a single class at Pennsic University, though I had taken a full day of classes in mid-June at the most recent session of the University of Atlantia. Some Pennsic classes tempted me, but ... I had chores and shopping and chatting with friends who don't live near me in the "real world." Also, I did something I've sadly neglected doing for some years: I volunteered one afternoon at Heralds' Point. I colored device and badge submissions in the art tent and got some free ice cream for my troubles. 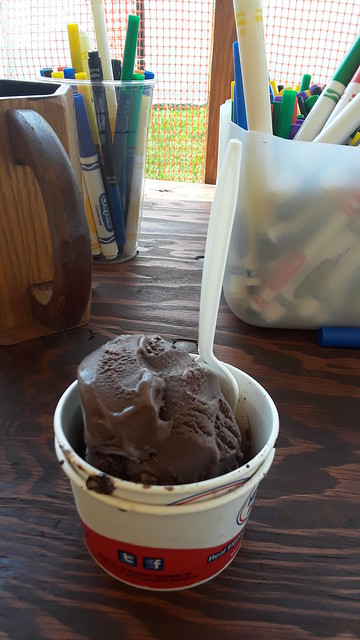 I went to a couple of evening balls, although I felt rather awkward at the first one -- not because of the particular dances, but because one of my camp chores was to refill the tiki torches, and my hands continued to smell of kerosene, no matter how much I washed them. I don't think anyone particularly avoided me, though. 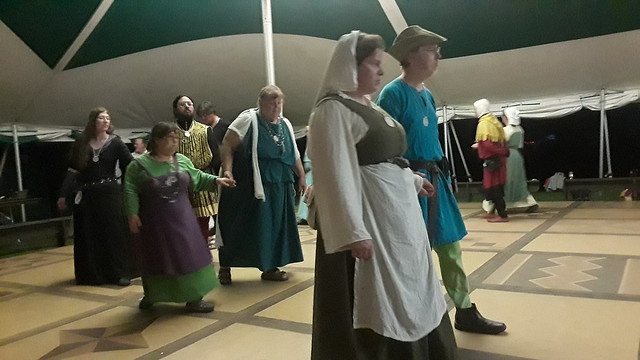 The second ball I attended was Lady Sonya Flicker's "Reduction Ball," which started with dances for sets of large numbers of couples and ended up with dances for individual couples. Sonya, also known as Patches, made a new dress for herself, and she also brought along the "BEAR-on" and "BEAR-oness" of Storvik. (The real baronage were unable to attend Pennsic this year.) 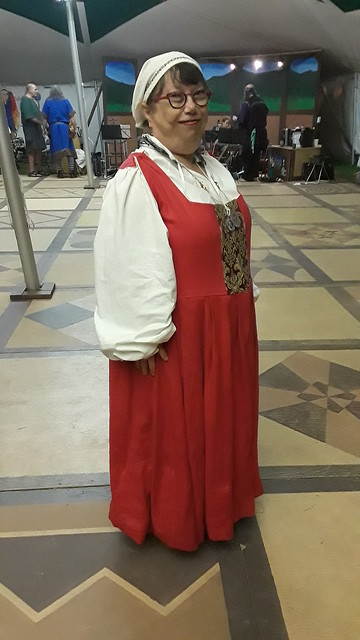 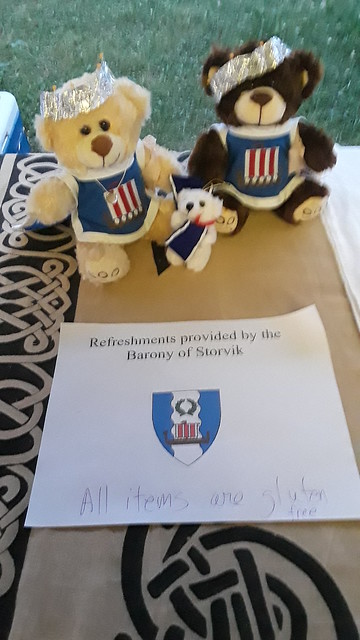 While I was packing up my gear at the end of War, I felt rather wiped out. Once I got home (or started my "50-week town run"), I realized I had that kind of chest cold known as the "con crud." I hardly ever get sick, so I wanted to sit around and mope, but I had freelance writing to do.

Now that another Pennsic War is in the books, I'm looking forward to a few fall events. I'm even making a new dress for the next Coronation, which Storvik is hosting. (The dress will be the subject of at least one other post here.)

To kick off the season, Storvik had its first-ever information booth at the Greenbelt Labor Day Festival (which is rather like an old-fashioned fair). Lady Sonya was in charge of our booth, and she did a great job -- we won second place! 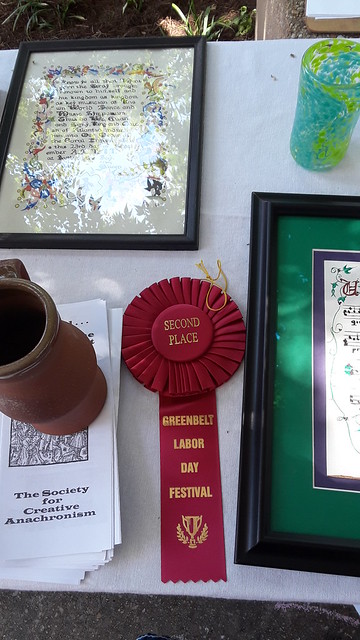 Posted by Patricia of Trakai at 8:14 PM